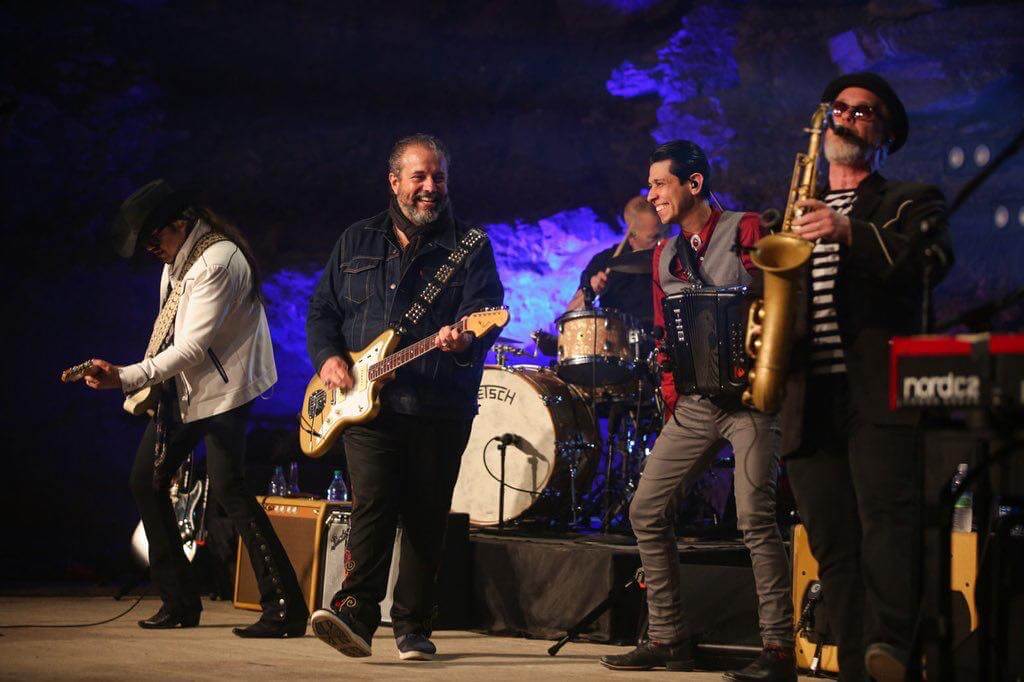 The American band The Mavericks has made a formidable comeback with their latest album, “En Español”. The album, which is their first entirely in Spanish, topped the Billboard charts last fall. In August 2022, they will come to Sweden for gig at Berns in Stockholm.

The Mavericks are well known for throwing themselves between different musical genres. Rock, country, texmex, latino, ska and rockabilly are just some of these. They were founded in Miami in 1989 and have since then gone through three distinct phases. The first period, the 90s, was marked by hits, critical acclaim and great success. The second consisted of a break of about 10 years as the members went their separate ways. And finally, in 2012, it was a successful reunion, which led to the band’s 30th anniversary this year.

In the fall of 2020, The Mavericks began what might be called the fourth phase of their careers. Then “En Español” was released, their first album entirely in Spanish, which went straight to number one on Billboard’s Latin Pop Albums list. Of the album’s twelve songs, seven are taken from the great Latin American songbook and five are newly written by the band. “En Español” contains a variety of music styles – Cuban bolero, brassy mariachi, salsa, Mexican norteño and Afro-Cuban, mixed with the familiar Tex-Mex-scented Mavericks sound.

In August 2022, The Mavericks will return to Sweden to perform music from “En Español” as well as from their well-stocked music catalog from the 90s onwards. On August 30, they play at Berns in Stockholm. Tickets will be released on November 5, at 9.00.

The Mavericks will bring 19-year-old McKinley James as opening act. McKinley presents his third album “Still Standing By”, produced by none other than Dan Auerbach from The Black Keys.

“In a town known for its musicians, McKinley James truly stands out to me as both a guitar slinger and damn fine singer and songwriter. He’s an old soul at just 19 – he lives it and breathes it and that’s why I think his music feels so genuine and so undeniably fresh.” – Dan Auerbach